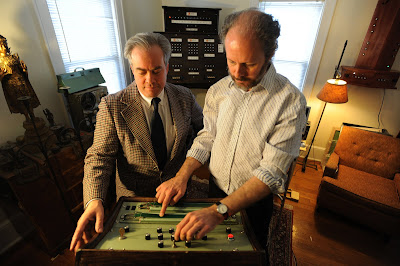 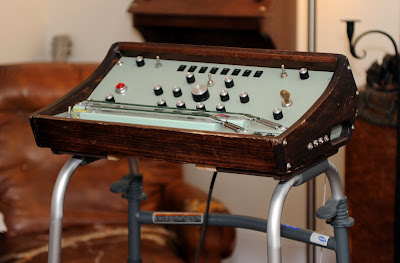 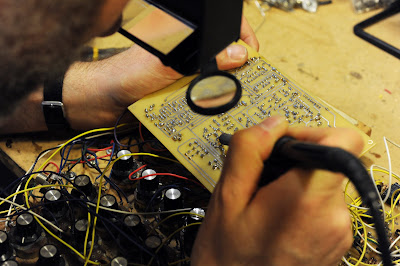 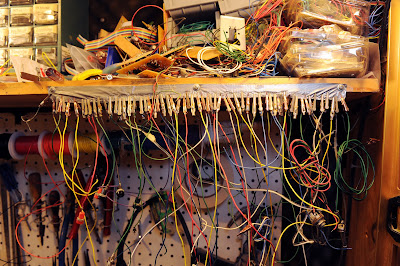 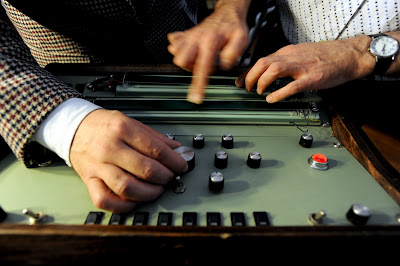 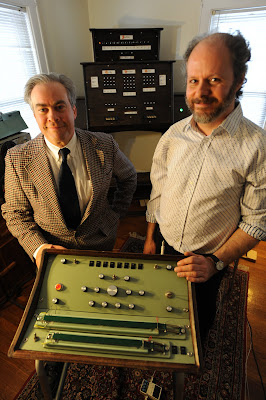 As of now, only a small number exist, and only 20 of the handmade analog synthesizers have traveled beyond the homes of their inventors. But Swarmatrons are catching on.

Since Feb. 27, the night of the 83rd Academy Awards, Leon Dewan, 45, and his first cousin once removed, Brian Dewan, 48, have been clambering to fill orders for the $3,250 machines, which generate what they call “a seriously anxiety-inducing sound.”

The Swarmatron, developed by the cousins in 2003, produces eight tones of slightly different pitch tuned to one note, which creates a choral effect. It was the instrument behind the eerie, beehive-ish music that won the 2010 Oscar for Best Original Score for “The Social Network.”

In an interview at his home here, Leon Dewan, who had watched the presentation at an Oscar party in Irvington, said the award was “a real victory for unconventional and forward-thinking movie scores.”

It was something of a personal victory, too. “It felt like the Swarmatron was the foundation on which they built a whole bunch of other musical stuff,” Mr. Dewan said, referring to Trent Reznor and Atticus Ross, who together created the score.

Mr. Reznor, best known as the front man of the alternative rock band Nine Inch Nails, discovered the Swarmatron through a short YouTube video about the instrument posted by the Los Angeles-based music shop Big City Music, which is currently the only outlet for buying a Swarmatron.

“He started messing around with it, and it was right up his alley,” Mr. Dewan said. “He’s an avid synth player.”

A Swarmatron is a boxy thing, about the size of an old-fashioned record player, with a multitude of knobs and switches. Mr. Dewan has one in his living room perched, like a variety of other vaguely mad-scientist-like creations invented by the Dewan cousins, on the kind of aluminum walkers frequently seen in nursing homes.

(to read entire story please click on title above "Swarmatron" and it will link you to the NY Times story published June, 19, 2011)

Posted by NEWYORKOGRAPHY at 9:31 AM No comments: